skip to Main Content
PORTRAYALS: FACES FROM THE CLASSROOM 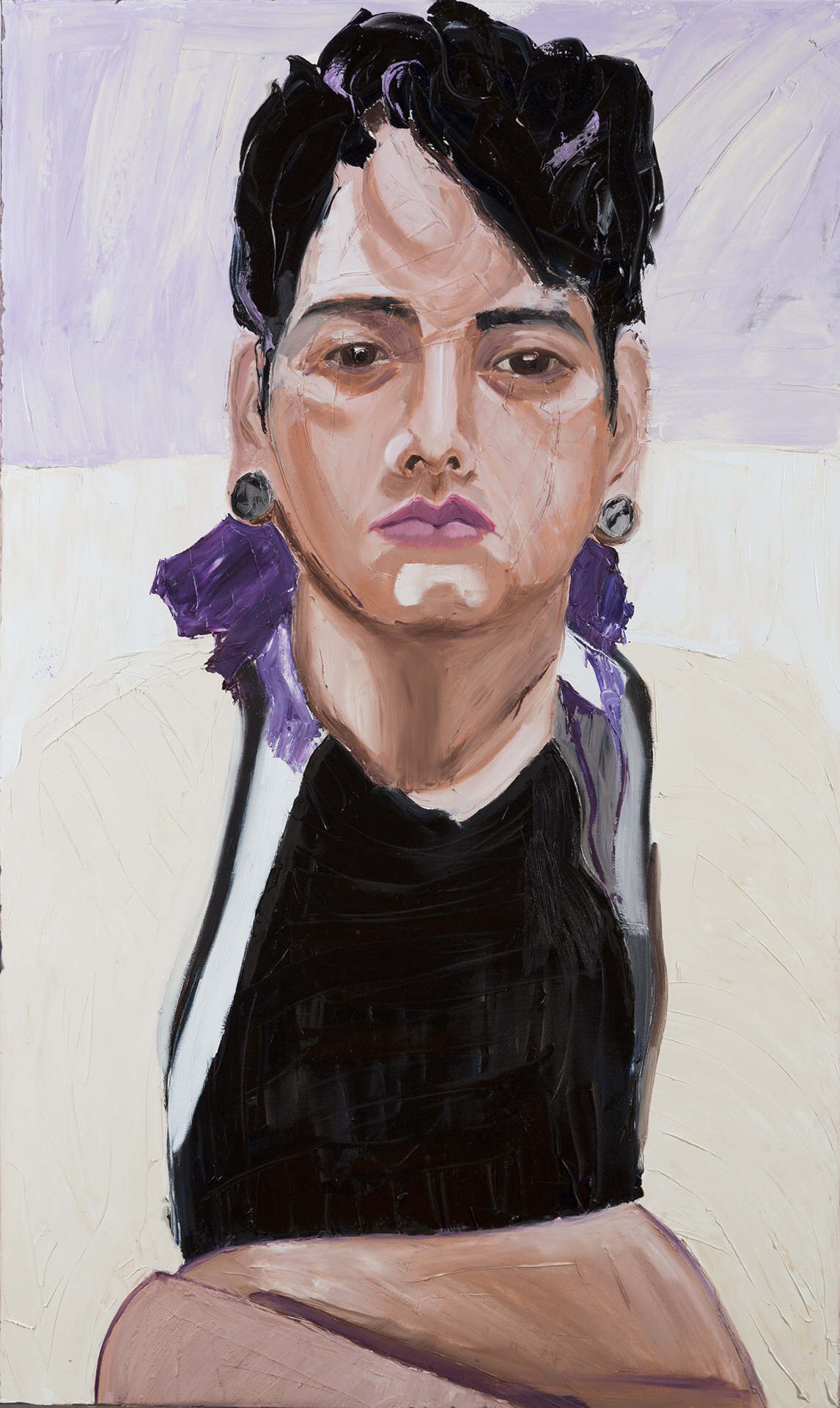 Broad strokes, bold shapes, rich texture, create the form, but more importantly expose the figure’s character. Gesture, posturing, and larger-than-life scale help provide insight on inner emotions and outer truths with the goal of bringing both power and vulnerability to the work. As viewers bring their experiences and emotions to their reactions to my painting, I seek to elicit an intuitive response from the viewer before they turn to a refined, analytical assessment.

Interested in the human condition, emotion is the intersection between wild like an animal and the analytical, self-assessing, moral being humans strive to be. In order to delve into the very nature of man’s code of conduct, personal conflict, and ethical dilemma, I use portraiture to explore relationships, to bring the political into the art world, and the obligation of being human into the conversation.

Several small sketches of my subject create the foundation for my painting, seeking essence rather than detail. Never drawing on the canvas, the excitement builds as I stick a large palette knife into a pound of oil paint and slap it onto the canvas—a new beginning; a new challenge; a new opportunity to portray my version of the truth.